NASDAQ SETS SAIL WITH CLIPPER ROUND THE WORLD YACHT RACE 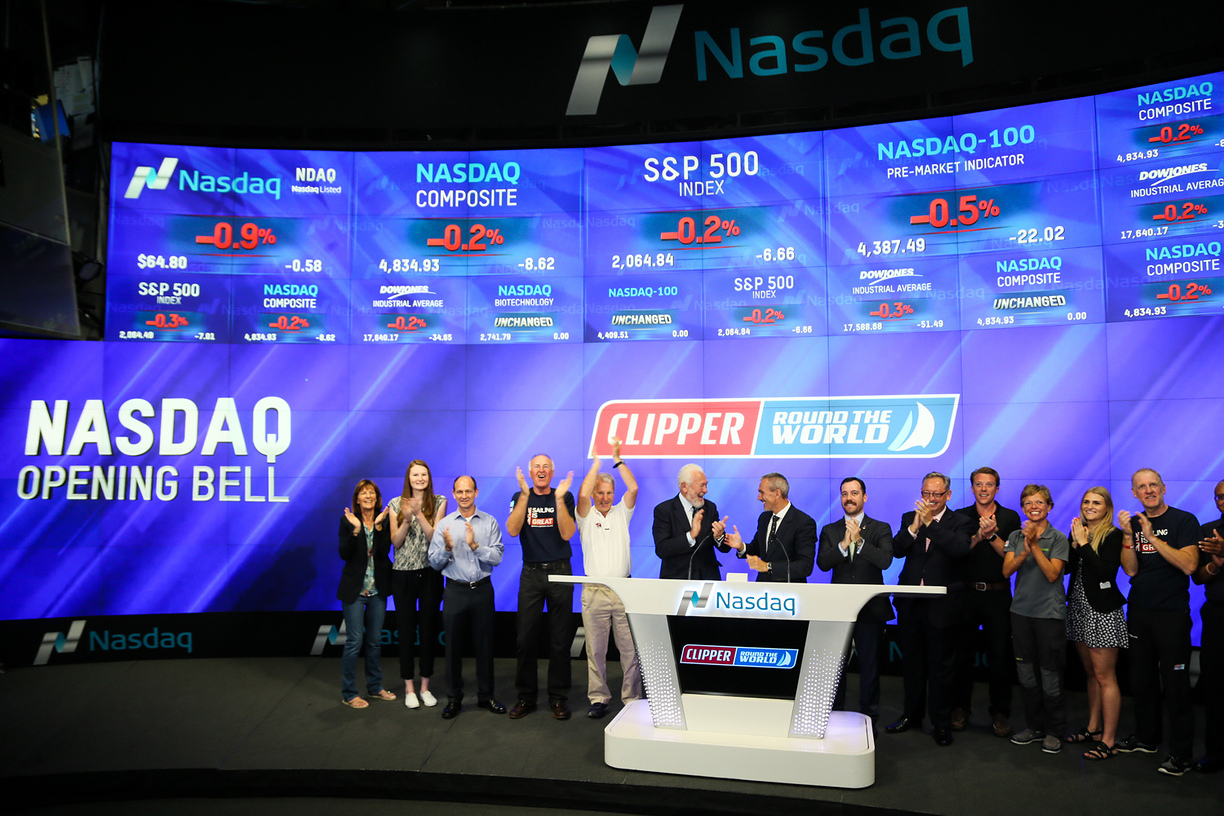 Nasdaq is to be a Team Partner in the next edition of the unique Clipper Round the World Yacht Race, which sees a diverse cross-section of people from all walks of life put their everyday routines on hold to embark on the greatest ocean adventure around the planet.

The Nasdaq Stock Market will partner one of twelve teams aboard identical modern 70-foot ocean racing yachts, carrying its brand message to 'Ignite your ambition' on the year-long 40,000 nautical mile circumnavigation.

The Clipper Race has had a long-term relationship with Nasdaq since 2011 in a partnership based on the New York stage of the race, taking guests sailing on the Hudson against the iconic Manhattan skyline and Statue of Liberty. Clipper Race sponsors have participated in global business events staged at Nasdaq's MarketSite in Time Square and last year the Clipper Race founders rang the opening bell to mark the event's 20th anniversary year.

Speaking about the partnership, Clipper Race CEO, William Ward, said: "I am so pleased to welcome Nasdaq, leading global provider of trading, clearing, exchange technology, listing, information and public company services, as a Team Partner for the Clipper 2017-18 Race. The Clipper Race is the most successful ocean racing business of its type in the world today, and this partnership is symbolic of how far the race has grown over the last two decades.

"Today, the Clipper Race has over 710 participants, representing 42 nationalities, competing on a fleet of twelve purpose-built Clipper 70 yachts. There is no one else operating a global ocean race like Clipper Race which makes Nasdaq and the Clipper Race, both leaders in respective industries, a truly excellent fit."

Building on this experience to be part of a global Clipper Race campaign will provide prominent international brand exposure and a powerful metaphor for the scale and scope of the Nasdaq Stock Market today.

The partnership will help to underline its position, not only as the largest electronic stock market in the US but also as a diverse, innovative and influential international player, with even greater future potential as it strives to be the leading technology, trading, and intelligence provider to capital markets.

Nasdaq has 4500 colleagues serving businesses and investors from over 63 offices in 26 countries in every capital market.

The Clipper Race has a proven track record of working with corporations and governments to promote their brands in international markets to stimulate trade and investment.

The eleventh edition of the unique biennial Clipper Race will visit six continents and include six ocean crossings. Almost 5000 novices have been turned into ocean racers during the past twenty-one years of the Clipper Race, though still more people have climbed Mount Everest than circumnavigated the globe.

The twelve Clipper Race teams compete on the world's largest matched fleet of 70-foot ocean racing yachts. Around 710 crew come from all walks of life and from all around the world, with over 40 different nationalities represented. Crew can complete the full circumnavigation, or one or more of the eight legs that make up the Clipper Race.

The Clipper 2017-18 Round the World Yacht Race will start on Sunday 20 August from Liverpool, UK. After racing across the Atlantic Ocean to the first stopover port, Punta del Este, Uruguay, the fleet will continue on to Cape Town, Fremantle, Sydney, Hobart, the Whitsundays, Sanya and Qingdao in China, Seattle, Panama, New York, and Derry-Londonderry, before completing the circumnavigation in Liverpool on July 28, 2018.