New campaign to encourage girls to pursue careers at sea

Research by the Maritime and Coastguard Agency reveals that of 1,210 people who have qualified as senior yacht seafarers since 2006, only sixty of them are women. Jenny Matthews and Natasha Ambrose are working hard to change that statistic, by raising the visibility and awareness of women in the maritime industry, and encouraging schoolgirls to consider careers as superyacht captains. 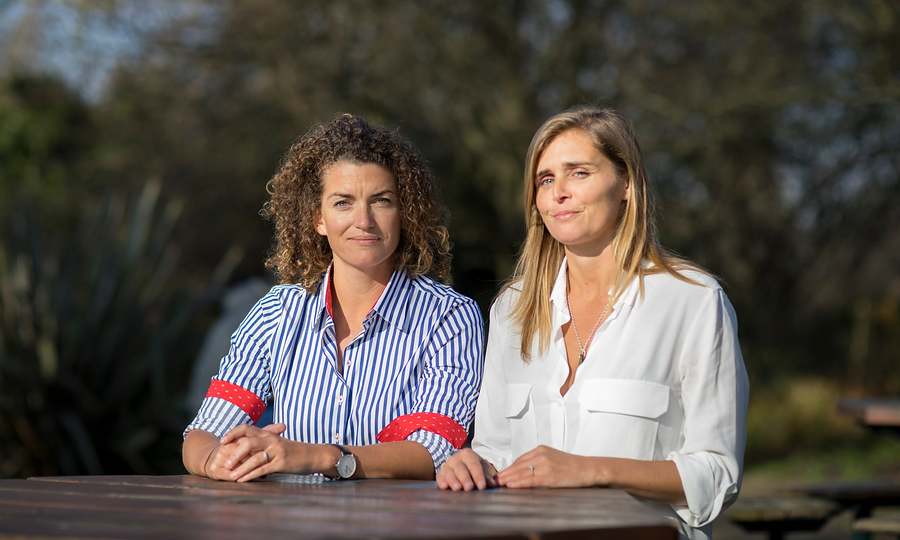 Jenny Matthews and Natasha Amrose of She of the Sea, a community of professional Women in the Yachting industry. Photograph: Alicia Canter/The Guardian

According to a recent article in the Guardian, 'Matthews and Ambrose, who are both first officers on superyachts, say they decided to launch a scheme dedicated to encouraging women into the top ranks after discovering that more than 95% of yacht captains and first officers were men.

Matthews, who joined the superyacht industry as a stewardess when she was 18, said: "being a female wanting to work in a more male-dominated role can be very challenging." She decided to start the She of the Sea campaign because "after securing my officer of the watch ticket in 2018, I realised that in the eight years working on deck, I'd never worked with another woman in the deck department. Raising awareness that women can be captains and chief engineers was a key part of the campaign. "It's unconscious bias. It can even happen to me when I see a female captain I'm like, 'Wow, that's so cool.' But it shouldn't be, it should be a normal thing."

Natasha Ambrose, from Chichester, West Sussex, says a core part of the She of the Sea campaign is to let schoolchildren know that working as an officer or engineer on a superyacht sailing the world was a viable career no matter their gender if they work hard at maths and science. "We're planning our own roadshow to schools in the UK and across the world to encourage girls to study science, maths and engineering so that they can take career paths like this."

Jenny Matthews says superyachts "are all about maths". "I never thought that I would be using Pythagoras I really, really glazed over it in high school but that's pretty much navigation. Superyachting is literally all STEM: from designing them, to building them, to working out where they can go, and driving them." '

You can read the full article online at The Guardian, and support Jenny and Natasha's campaign at She of the Sea.