What are we going to do with all the old FRP boats? 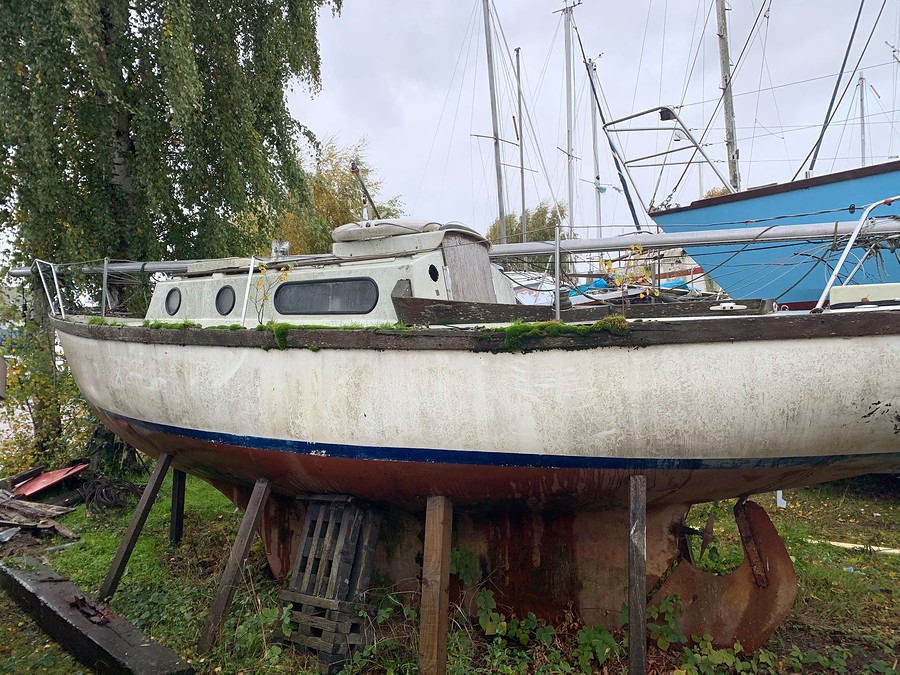 Oceans accumulating plastic, and other illegally dumped waste, is not the only cause of marine pollution. Some old boats are dumped or deliberately sunk, with the excuse of creating artificial reefs: not only is this underwater detritus physically destructive to marine ecosystems (damaging coral or fragile sea bed vegetation), but as the vessels break down in the water, their plastic-based hulls release harmful micro-plastics into the sea.

Fibre-reinforced plastic (FRP) has been used in commercial boat production since the 1950s, with a life expectancy for these vessels of 30-50 years (although many older boats are still in service). So what are the options to responsibly recycle or dispose of Fibre-Reinforced Plastic boat hulls?

The United Nations commissioned a report into this increasingly pressing matter from research company AQASS Ltd., after the island of Tahiti was found to be inundated with dumped boats. This problem is not unique to the South Pacific; in 2012, a scheme was set up by the EU called Boat Digest, to create a network of boat-breaking yards across Europe. France, Spain and Holland all boast several such yards along their coastline, but the UK lags embarrassingly far behind, with just one scrap boat specialist in the country - Portsmouth-based Boatbreakers.

More recently, France is exploring the option of a levy on new builds - money which will be put aside to dispose of the boat, when it comes to the end of its nautical life. Germany has banned FRP hulls from entering landfill, and hopefully other countries will follow suit. Innovative Belgian company, Reprocover, has developed a unique recycling process that turns waste products of (composite) thermosetting plastics (eg. polyesters, Bakelite, epoxy, polyurethane) as well as fibreglass waste, into a new raw material - promoting a sustainable, circular economy model. Meanwhile in Norway, various companies are experimenting with grinding FRP down and using it to make flowerpots, benches and other sundries, reports boat recycling expert Luke Edney. FRP could also be burnt in incinerators as fuel, if there was a reliable enough input from scrapped boats.

Luke comments that, "All of the different ideas being worked on in other countries put what's being done in the UK to shame. We currently rely on the honesty of the last owner of the boat to stump up the cash to scrap the boat. Which, after being stripped, ends up in landfill. As a country and marine industry, we need to learn from our neighbours and start finding greener solutions."