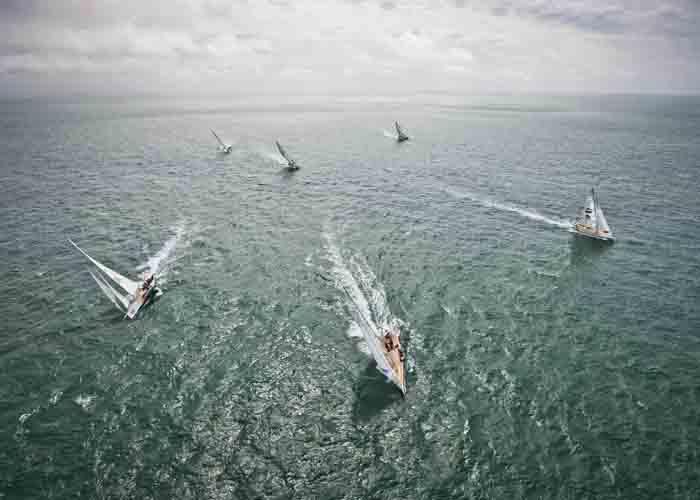 An experienced sailor with many ocean crossings and over 120,000 nautical miles to his name, Mark competed in the Clipper 2011-12 Race as Skipper of the Derry-Londonderry team before becoming Deputy Race Director in 2012. With four years' experience assisting the race planning, he is now looking forward to stepping up to the lead role, one of the most challenging that exists in global sailing.

Mark Light said: "I am honoured to be named Race Director of the Clipper Round the World Yacht Race. As a former Skipper, I know both the challenges and the rewards it offers, and having worked as Deputy Race Director for the previous two race editions I feel prepared and ready to lead the race into the 2017-18 edition and beyond.

"The Clipper Race is unlike any other ocean race. We train around 700 international crew, find and develop twelve professional Skippers, and then work and travel round the clock applying the timelines and logistics of getting the world's largest matched fleet of ocean racing yachts round the 40,000 nautical mile course, including fourteen or fifteen stopover ports.

"It is an incredible operation but with the experience of ten previous editions of this race, our staff, along with the support and vision of our founders Sir Robin Knox-Johnston and William Ward, are experts and I'm very proud to be taking the helm with them."

Mark's most immediate responsibilities will include appointing a new Deputy Race Director, and trialling and selecting the twelve professional Skippers who will lead their teams around the world, as well as overseeing the global route and stopover logistics to ensure the world-class event runs as smoothly as possible.

Clipper Race Co-Founder and Chairman Sir Robin Knox-Johnston said: "We are very pleased with our decision to promote Mark into the role of Race Director; he has amassed huge experience in the past two races, in addition to his extensive sailing record, especially during the Clipper 2011-12 Race for Derry-Londonderry. He has done a truly excellent job for us already and I know he will continue to do so as Race Director."

Mark replaces former Race Director Justin Taylor who decided to stand down after almost a decade with the company, to be able to devote more time to his family. On his departure, Sir Robin added: "I would also like to express my thanks to the previous Race Director, Justin Taylor, for all his hard work and effort put into the Clipper Race over the last few years."

The Clipper Race is the biggest, and one of the toughest, ocean races on the planet. It was established twenty years ago by legendary British sailor Sir Robin Knox-Johnston to allow non-professional sailors the opportunity to train and complete one of the world's toughest endurance challenges, a circumnavigation. Around 40 per cent of the crew have never sailed before they undertake the race's extensive pre-race training programme.

The eleventh edition of the biennial challenge, the Clipper 2017-18 Race starts next summer and is expected to be the largest scale race to date. Around 700 crew, currently training for the eleven-month challenge, will compete on twelve one-design 70-foot yachts in fourteen or fifteen races between six continents.