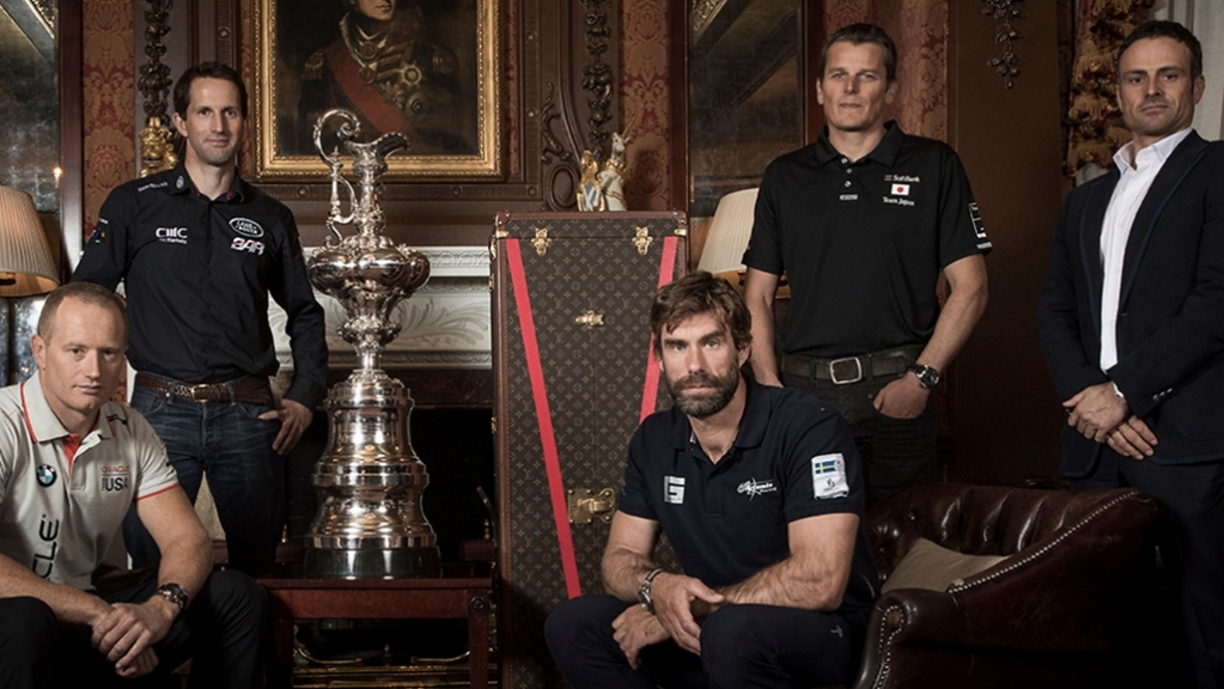 A vision for the future of the America's Cup has been agreed by current competitors that would see long-sought stability and continuity in the competition for the oldest trophy in international sport.

"For the first time in more than 165 years, the teams have got together for the benefit of not only themselves but for the America's Cup."

"People who want to enter this race now know how much it will cost, what kind of boat they need to build and that the rules can't change on them," said Larry Ellison, the Team Founder of ORACLE TEAM USA and the visionary who has helped to steer the America's Cup into the foiling multihull era. "They are now able to plan ahead, build a boat, build a team and come out and compete for their country."

During a press conference at The House of Garrard in London, United Kingdom where the America's Cup trophy was originally crafted in 1848, skippers and team leaders revealed a framework agreement that would cover the next two editions, the 36th and 37th America's Cup, due to take place in 2019 and 2021 respectively. Racing in the 35th America's Cup will take place in Bermuda in May/June of this year and the 36th America's Cup cycle will commence thereafter.

"Today we can announce that a new framework agreement has been created, determining the format of the next two America's Cup cycles, its protocols and its class rules," announced Martin Whitmarsh, the CEO of Land Rover BAR, a challenger for the 35th America's Cup.

"This agreement is about a format long overdue in competitive sailing. The boats and the racing are incredibly exciting to watch - whether you are a sailor yourself or not. This will now reinforce the America's Cup as the world's supreme grand prix racing for sailing." noted Torbjörn Törnqvist, Artemis Racing's Team Founder and Principal.

Iain Murray, Regatta Director of the 35th America's Cup said, "There's a void to be filled and the overwhelming message from all the people in the America's Cup is let's grab this opportunity and run with it."

The framework agreement provides stability and gives interested teams an opportunity to plan longer term. It establishes a modern sporting, technology and design challenge, within which costs are controlled to provide a much lower entry price, which will encourage more teams to be involved and ultimately create larger audiences and help incentivize more people to go sailing.

Franck Cammas, Skipper of Team France, added, "It's important for the teams to know what the future of the America's Cup is and that is now clear with this agreement. That is good for everyone, commercially and for long-term planning."

Sir Ben Ainslie, Team Principal and Skipper of Land Rover BAR commented, "This framework agreement is really pivotal to the future of the America's Cup. The cup has an incredible history over more than 165 years, but now the teams and the America's Cup Event Authority can actually start planning for the future."

As is required, the framework agreement respects and upholds all aspects of the Deed of Gift, the document that lies at the heart of the America's Cup.

The Deed of Gift is the foundational document governing the America's Cup. One of the unique aspects of the competition is that after winning the racing on the water, the victorious yacht club and its team then become the trustees of the event, responsible for outlining the terms of the next edition.

Historically, this has seen a crescendo of interest in the America's Cup as the final races take place, followed by an extended period of down-time during which the new Defender re-defines the equipment and format of the next event, and builds a business structure to manage the next edition of a major, globalized, international competition, all while maintaining its core focus on winning as a sports team. This has resulted in teams being disbanded and costly equipment being made redundant and discarded.

Jimmy Spithill, the skipper of two-time winner and current defending champion, ORACLE TEAM USA said, "We have all seen how damaging that extended quiet period can be for each of the stakeholders in the event. What we've done over the past year is to work together to tackle that problem head-on.

"We know that one of the current teams is going to win, so we have found common ground on a vision for the next event, and formalized that into rules now, before racing starts later this year. That means there is now a clear plan in place that confirms the format for the competition using existing boats and equipment as much as possible to reduce costs.

"I think this announcement will go down as one of the defining moments in America's Cup history. It's great for fans, athletes, and commercially – a win win for everyone. This is a huge step forward, with the sky the limit."

Iain Percy, Team Manager of Artemis Racing gave his insight into how the America's Cup is progressing, saying, "I've been competing as a sailor in the America's Cup World Series for the last two years and I've experienced first hand the huge swell of interest. We all realize that we're on the right track as a sport and it is the right time to build on it for this and the next generations of top sailors."

Larry Ellison said, "It is a very modern sport, it's a very extreme sport, it's a team sport and it's country v country so I am very optimistic that we can make this sport very attractive to the next generation of athletes. The kids love it, and this will also help make it attractive to people who don't go out and sail every day, but love watching the competition on TV."

In addition, several prospective new America's Cup teams have been briefed on the framework agreement and have expressed significant interest in becoming challengers for AC36 and AC37.

"Emirates Team New Zealand is not here today, but they have been kept updated on all developments throughout the creation of the framework agreement," Whitmarsh said. "We remain optimistic that they will come on board in the future and it is clear that cooperation is better for all of the stakeholders in the America's Cup.

"The target cost to field a competitive new team is in the US$30-40 million range, a significant reduction from current team budgets."

Dean Barker, CEO and Skipper of SoftBank Team Japan endorsed the sheer spectacle that is America's Cup racing in its modern guise: "It's high octane, seat of the pants racing with plenty of action and plenty of drama. It can be very unpredictable but it's a true test of machines, technology and people and the racing now is a hell of a lot better than it's ever been before."