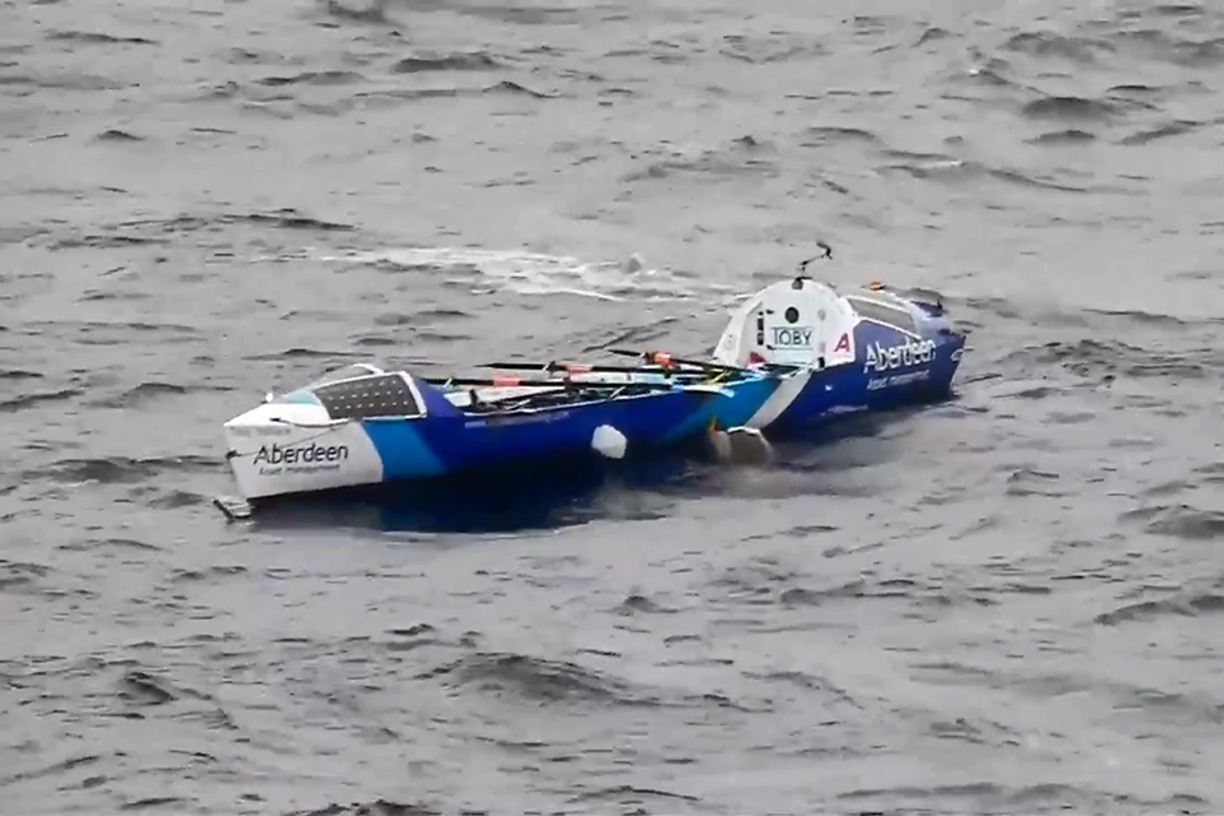 On 14 February 2016, the 10.8m ocean rowing boat Toby Wallace was on passage in the North Atlantic Ocean, between the Canary Islands and Barbados. Shortly after 2300, a rower was swept overboard by a large wave and he soon became separated from the boat. The seven rowers remaining on board were unable to stop the boat, and they eventually lost sight of him.

The investigation identified that:

● The rower had not been adequately tethered to the boat.

● The rower became separated from the boat because the leash he was wearing detached from his ankle and the boat could not be stopped in the prevailing conditions.

● The rower's likelihood of being found was reduced because he was not wearing a lifejacket or a personal locator beacon.

This was the second occasion in 2 days in which rowers in an ocean rowing boat operated by Oceanus Rowing Ltd had been rescued in the North Atlantic Ocean by a passing merchant vessel. Earlier on 14 February 2016, the four crew of the ocean rowing boat Fire Ant were rescued by the Liberia registered bulk carrier Rio Grita after the boat was damaged in rough seas.

Ocean rowing is a niche sport that has grown in popularity, but the boats used and their operation, is largely unregulated. They are also vulnerable when on ocean passage, where assistance is rarely immediately at hand. Although elements of best practice for the sport have been established over the years, these have not yet been formalised or applied consistently.

Recommendations have been made to British Rowing, the governing body for ocean rowing in England, and to the Maritime and Coastguard Agency that are intended to improve the governance of UK registered ocean rowing boats and ensure minimum safety standards on board those that are commercially operated. A recommendation made to Oceanus Rowing Ltd is aimed at improving the safety of its boats on ocean crossings in the future.