Know the Essentials: Defenders and Challengers 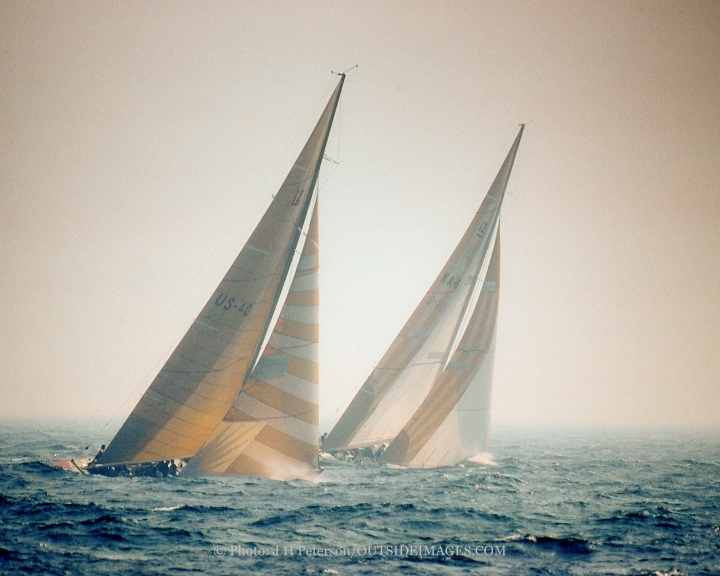 The competition for the oldest trophy in international sport dates back to 1851 when the yacht America sailed across the Atlantic to take on the best of the British fleet. The trophy that was first won in 1851 was then donated through a Deed of Gift to the New York Yacht Club, to be held as a challenge trophy for friendly competition between nations. The races haven't always been friendly, and the competition is often fierce. But that's to be expected with so much at stake, when 'there is no second' as Queen Victoria was told on the occasion of the first race over 160 years ago.

The America's Cup is a challenge-based competition. If nobody challenges the Defender, there is no competition, although this has never happened- someone always wants to take it! When you win the America's Cup you become the 'defender' and inherit the rights to the event. As defender you can determine the location and timing of the next competition. If you agree with the challenger(s), you can also determine the type of boat, the format of racing and most other rules around the event. If you can't agree to terms with the challenger, you must race under conditions specified in the Deed of Gift, which was written in 1857. In the modern era of the Cup, this has only happened twice, in 1988 and 2010.

For many years there was only one Challenger. From 1871 to 1967 the competition was between just two teams, a challenger and a defender. Beginning in 1970, multiple challengers were allowed, leading to the advent of the challenger series. This was the beginning of the end of the USA's dominance as the challengers would race each other for the right to make the final, getting stronger through internal competition. But even with that boost, it would take 13 more years before Australia beat America to bring the trophy and the competition outside the USA for the first time. Since 1851 the America's Cup has represented a pure pursuit of excellence. A winning team must excel at yacht design and engineering, sailing, athleticism, team building, and in modern times, sports-marketing, fundraising and even psychology! In its 166-year history, only four countries, represented by just six yacht clubs, have won the America's Cup: the Unites States, Australia, New Zealand, and Switzerland.

Sir Peter Blake, the iconic skipper who led Team New Zealand to two Cup victories (1995, 2000) once wrote: "The America's Cup is what it is because it is so difficult to win... It is not a game for the faint hearted. It is a game for those who are not scared of pitting themselves against the best that the world has to offer. It's a game where winning is almost impossible, almost, but not impossible. And this is why it is worth fighting for. It is the difficulty that gives any challenge some sense. This is the essence of life itself."

In the 35th America's Cup Defender ORACLE TEAM USA has five extremely worthy challengers: Artemis Racing, Emirates Team New Zealand, Groupama Team France, Land Rover BAR, and SoftBank Team Japan. Only one of these challengers will go on to face the Defender in the 35th America's Cup Match presented by Louis Vuitton, as ORACLE TEAM USA attempt to become just the second team in history to win three consecutive America's Cup matches. The battle is sure to be hard-fought - just as it should be.

Here are the Defenders and those who have challenged them for the oldest trophy in international sport: