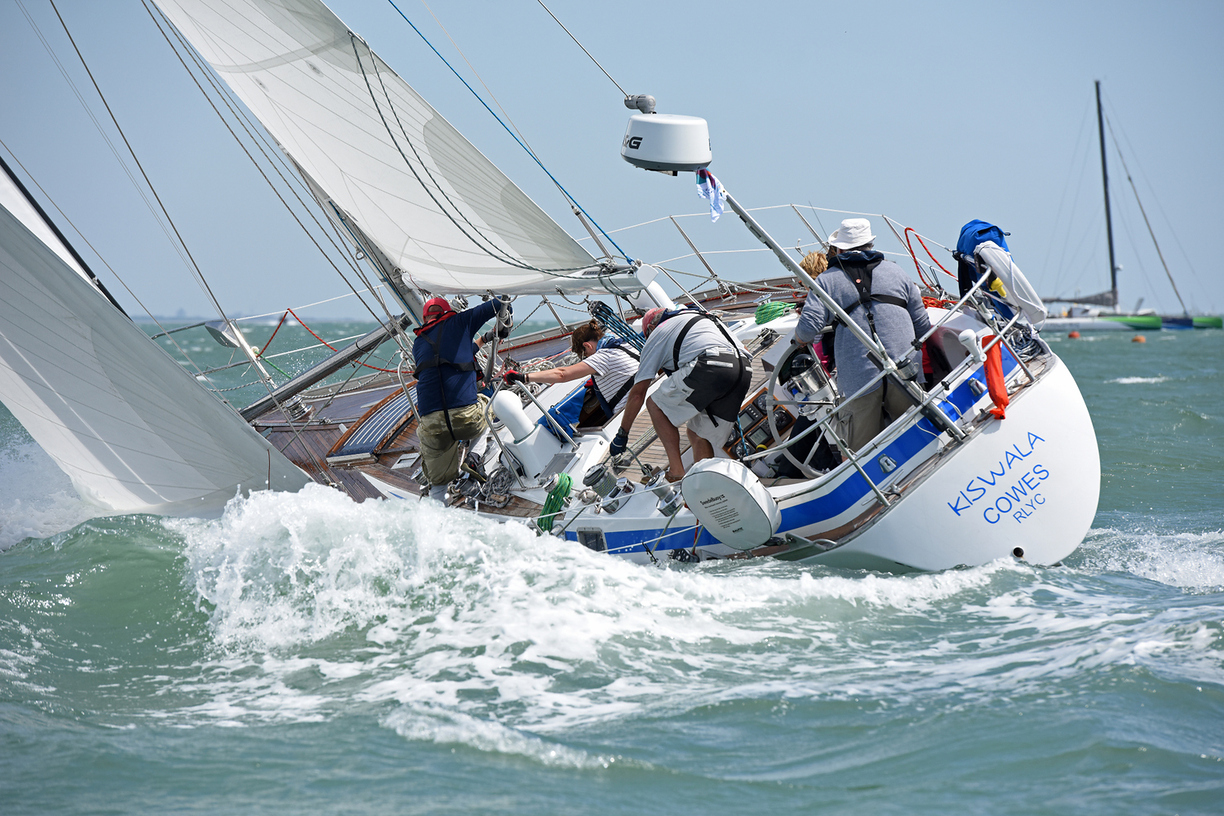 With little more than 60 days left until the classic classes take to the water for their first race in Cowes Classics Week, a real buzz is starting to build up around the event. The entry list is shaping up to give some seriously promising competition to all comers and the event is delighted to welcome Cowes Radio 87.7fm on board to officially cover the event live from on the water.

The XOD class, traditionally the biggest fleet in the event, is already half way to its typical size of anything up to 50 boats or more. Previous winners and those who just missed a podium slot and want to have another go, are getting prepared. The XOD is a very closely fought class. "We are lucky to have three major regattas in our XOD programme: Lymington Week, Cowes Week and of course, Cowes Classics Week," says previous winner Paul Woodman, who sails Ibex. "As a team, we are even luckier to be able to find the time to compete in all three! So we are very much looking forward to competing again and to see if we can rekindle the magic which brought us victory in 2015!"

The dainty little gaffer Rosenn, one of 23 Solent One-Designs built by Whites of Itchen in the years 1896/7, and the first ever one design class, will also be back. Her owner, renowned yachting author and journalist Bob Fisher is looking forward to another Cowes Classics Week. "That's because of the intense competition which we enjoy," he says, adding "It's always nice to get Rosenn back to Cowes, the place where she was originally raced by members of the Royal Yacht Squadron and Island Sailing Club. Sadly she is the only one of her class now left in existence."

Giles Peckham, winner in the Daring class last year and Commercial Director for Cowes Classics Week has reluctantly stepped off his boat to perform his shoreside duties, but he sums up the fun had by the Darings. "The racing in Cowes Classics Week is always really tight and it's very hard to recover from even a small mistake on a short course," says Giles. "I would love to be out there defending our title but it's someone else's turn this year."

The organising club, the Royal London Yacht Club is welcoming entries from more than thirteen one design classes and one-offs whose classic designs which were drawn up 50 years ago or more – and a good number of which are more than 100 years old. Classes include S&S Swans, Squibs, Bembridge One Designs, classic cruisers, XODs, Darings, Dragons, Solent Sunbeams, Swallows, Metre yachts, Old Gaffers, and other classic keelboat designs.

"We are particularly excited about seeing an increased number of S&S classic Swans, Contessa 32s and 26s as well as our growing fleet of Folkboats," comments regatta Chairman David Gower.

For the first time ever, this year you will be able to listen to live action from the water, from anywhere in the world on www.cowesradio.co.uk or locally on 87.7fm thanks to Cowes Radio, the professional broadcasting team, which has been covering Cowes Week and the Fastnet race for the past 34 years. Media stars and expert commentators will deliver interviews and commentary throughout the event.

The afternoon Winkworth Tea and Cakes are legendary, held after racing each afternoon at the organising club, the Royal London Yacht Club. The Cowes Corinthian YC and the Island Sailing Club are co-hosting the busy social calendar, while the RORC, Royal Victoria Yacht Club and the Royal Thames YC are helping on the water. Red Funnel, Signature Sponsor for Cowes Classics Week, has kindly offered the hundreds of competitors discounted travel fares to the event.

Information, including the race programme and social events, are on the 2019 website www.cowesclassicsweek.org. Eligible competitors who haven't entered yet can find all the information they need including the Red Funnel travel discounts.