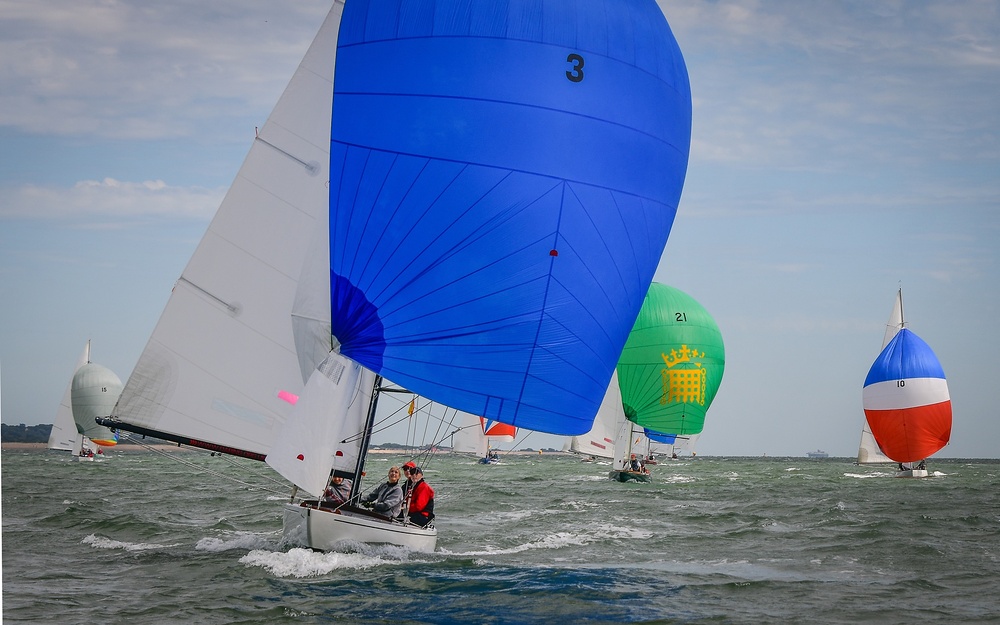 Dauntless, sailed by Richard Acland and his crew, was almost untouchable in the 14-strong Daring Class which finished competing at Cowes Classics Week today. Five first places and a throwaway third ensured victory at the top of the leaderboard of the 143 yachts which took part in the 12th edition of the event this week.

Richard was guest helm on Dauntless carrying away the historic 1792 Cup. "I couldn't have done this without our brilliant crew," he said, which included co-owner Jane Peckham. "The boat was very well prepared. Getting clean starts seemed to give us the advantages that got us away from such a tight competitive fleet."

The Daring Class was just one of six keelboat classes competing on the Royal London Yacht Club's committee boat race areas along with the National Swallows, Solent Sunbeams, Dragons and Flying Fifteens, Bembridge One Designs and X One Designs.

A win in the XOD class, 37-strong, was another great achievement of the event. Max Crowe, sailing with his father Mike and Jeremy Baker in Clair de Lune put in the most consistent performance of the series in their fleet with a 6,4,2,8,1 to beat second placed David Palmer in Princess Jalina This is Max's second win at Cowes Classics Week - he also took top spot in the XOD class in 2019. Mike explained "Max has been doing a lot of sailing in the past season. It probably helps that we have all been sailing together for the past six years." Clair de Lune was built in 1928, one of many XODs that were built in that period, almost all of which are still active today. Mike added "It's been a great week in so many different conditions and we are very grateful to the race officers who have worked so hard to get all the races in."

The Solent Sunbeam class showed their well-rehearsed experience as the cohesive entity that they are, sailing regularly in Chichester Harbour with their tight formations as they came off the start lines. The Solent Sunbeam class, which first appeared in 1922, is enjoying a phenomenal resurgence with the introduction of the new cost-effective GRP hulls. Roger Wickens continued his dominance in the fleet in Danny achieving three firsts and a second place gaining him the status of second highest performer in the whole of the Cowes Classics Week fleet as well as a third year gaining the top Solent Sunbeam spot.

Tim Street's Tschuss took the combined Vintage Dragon and Flying Fifteen class in Dragon Tschuss with a trophy also going to Flying Fifteen Flip Flop sailed by Will Morris. Tim is well known amongst the Dragon fleets and has been instrumental in hunting down and encouraging the restorations of older Dragons. Runner up was Bill Daniels' Mistress, ably crewed by his grandson.

Yet another class to put in a high octane performance on the water was the 15-strong National Swallow Class. The Swallow boasts a classic heritage originating as a two-man Olympic class for the 1948 Olympics but now sailed with three crew. It has now developed into a thoroughly modern classic as demonstrated by the competition on the water. Harry Roome in Skua took first place.

Another six classes racing from the Royal London's shoreline on longer Solent courses were also vying for the overall trophy. Every classic yacht taking part qualified for the event by virtue of being a 50 year old design or more. Cruiser classes, Folkboats and Gaffers were equally in with a chance. Lawrence Wride's Sunmaid V, the 1967 One Tonner who was last year's champion, couldn't quite repeat her overall win but she did take the Class One top spot again this year, beating Richard Hargreaves' Aeolus into second place.

Martin Thomas, a regular competitor in Class One, owns Charm of Rhu, a cruising 8 metre and in 1960 one of the last Fifes to be built before, as he put it, 'fibreglass appeared'. Summing up the event for the classic cruisers he commented "Cowes Classics Week was terrific fun. It is great to be amongst friends at this well organised event. We love to give the other wooden classics a run for their money."

Classes Two and Three featured a wonderful selection of vintage yachts including S&S She 31 Sheba, winner in Class Two and the very elegant Intombi which not only won Class 3 but won the coveted Concours d'Elegance Trophy as well. Sheba is from an equally iconic design office, Sparkman & Stephens, and was built in 1972. Intombi's sleek lines are from the yard of William Fife, built in 1934. Intombi's story began after she left the yard and was shipped to South Africa. Her name means 'Sweet Girl' in Zulu. She went on to have a major rebuild by John Jones of Classic Boats in Bethel, North Wales last year.

The Folkboat Class made their mark this year as a small but fiercely competitive fleet. The mid-Solent fixed mark courses produced a winning result for Stuart Watson in Crackerjackwho also won the event's 'Best New Helm' award.

Possibly the most picturesque yachts on the shoreline were the Gaffers. The oldest amongst them was Spinaway X, also the oldest in the whole Cowes Classics Fleet at 130 years. Her age hasn't slowed her down and she was winner in the Gaffer 'Silver Fleet', while Cormorant, a one-off gaff yawl built in 1911, was winner of the 'White Fleet'.

Today's final race day was abandoned due to lack of wind but not before several classes had attempted starts in what turned out to be short lived puffs of breeze.

Gill Smith, Principal Race Officer summed up "We are extremely grateful to the huge team of volunteers that helped in every part of the event to make it such a success, as well as the other Cowes Clubs who assisted us on the water. 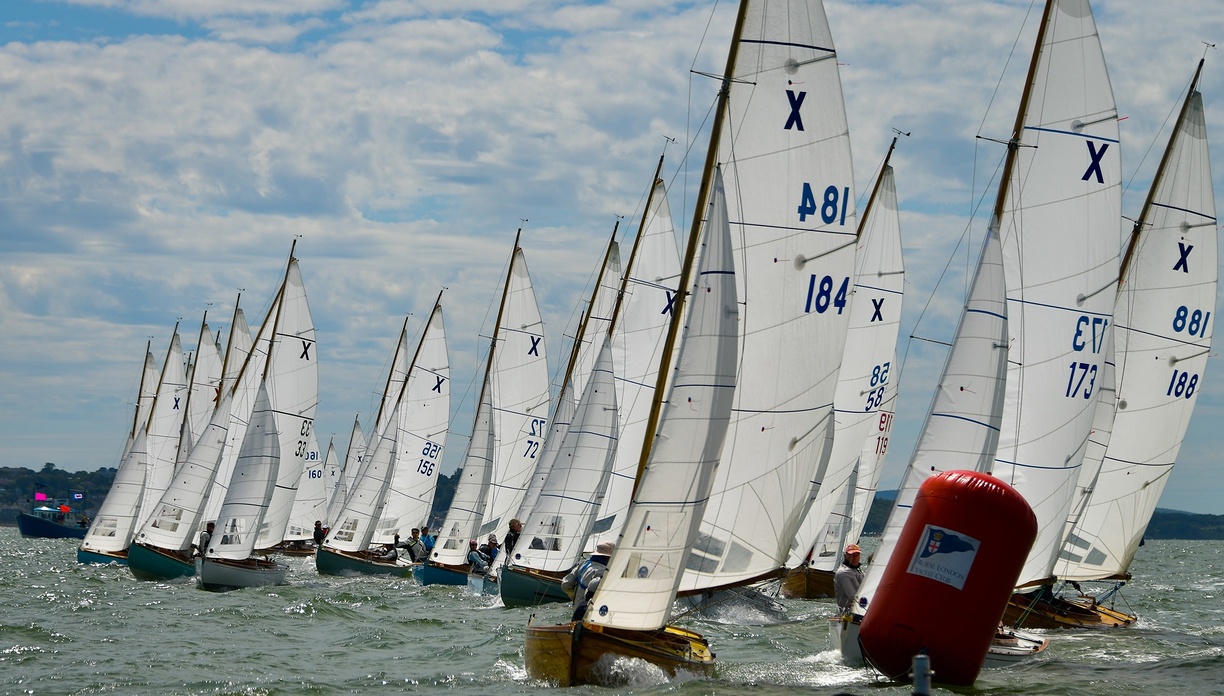