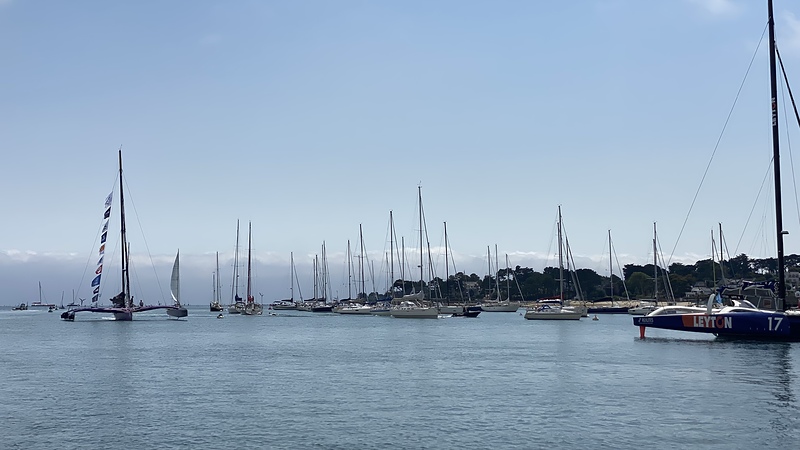 Arriving in La Trinité, ahead of maxi-trimaran Team Koesio

It’s often said that sailing is shorthand for fixing your boat in exotic locations. Well, having left Cowes in May, and been in constant use for two and a half months, Exeat is now starting to fulfil that idiom. Last week the generator stopped working – not critical, but useful to have when we’re anchored and off-grid for several days. And this morning, the fridge went on strike – to its credit, it had worked incredibly hard during the recent heatwaves, so I’m not surprised it finally said “Fini!”.

We had a tentative appointment with some engineers in La Trinité to look at the generator but, when we arrived at the marina, we discovered the town was in full swing of the Drheam Cup sailing event. Initially we thought we’d be turned away but the Capitain took pity on us, and squeezed us into a temporary berth for one night. It was incredible to see some of the race’s maxi-trimarans up close, including the boats for Team Koesio, IDEC SPORT, and winning tri Leyton (skippered by the British sailor, Sam Goodchild). As competitors from different classes trickled into the marina over the course of the evening, we sampled another batch of Morbihan oysters that we’d bought earlier from a little huitrerie on the shores of the Ile-aux-Moines; they were so fresh it was like swallowing mouthfuls of briny sunshine.

The following morning, the engineers we’d been in touch with e-mailed to say they could no longer see us this week, so – as ever with sailing – we came up with a new plan. We’d have to get the generator mended once we reached La Rochelle at the end of the month. As for the fridge, we resolved to treat it like a cool-box until we could get it serviced: I bought several bottles of ice (it’s a thing in France!), laid them in the bottom of the fridge and piled the meat, cheese and beers on top. Skipper thought the beers should have gone in first, but I think I’d rather choose warm beer over food poisoning.

We decided to visit the Ile d’Houat one last time before starting our journey south on Friday. So, after fresh pain-a-chocolat from town, we headed out of busy la Trinité to find an anchorage for the night. 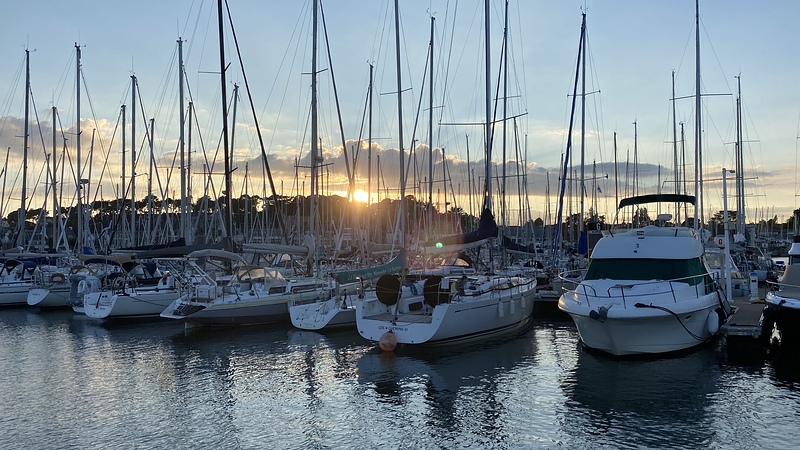