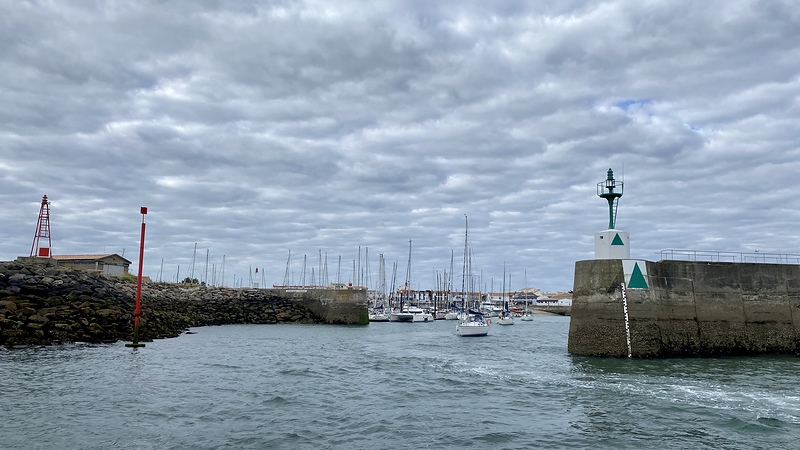 We have finally left Brittany and entered the Vendée region of France. It felt a poignant moment to take down the Breton flag Exeat has been flying ever since arriving at Roscoff in June, but we were excited to be heading on south towards our final destination of La Rochelle.

Our first port of call in the Vendée was at L’Herbaudière on Noirmoutier-en-l’île. Pleasant as the port seems, I have to admit that we did not have the most auspicious stay here. Having safely docked at the visitors’ pontoon in the early afternoon, a torrent of boats proceeded to enter the harbour looking for berths for the night. As it is fairly small, and the only all-tide port on the île de Noirmoutier, visiting yachts are required to raft together. By the end of the day we had two boats rafted to Exeat, and three also rafted in the berth ahead of us – but their arrivals were not without drama! A large blue Beneteau collided with our anchor as it tried to berth (removing some paint on their bowsprit, but not causing us any significant damage thankfully). Minutes later, another Beneteau was heading towards us at high speed, blown onto our starboard side by the wind and tide, and seemingly with very little control to slow the boat’s progress. My son and I leapt to Exeat’s stern and held the Beneteau at bay, until she came to a halt and we were able to fit some fenders between our boats, and help secure her to Exeat for the night.

While all this was taking place on the pontoon, Skipper managed to source several ice bottles from the capitainerie. As we waited for the ice to take effect and lower the temperature of our defunct fridge, we ventured ashore to one of the port’s bars and sampled some delicious local oysters – the unique Vendee Atlantique variety are a deserved speciality of the region.

Overnight a North-Easterly came in, blowing the wind and waves straight through the harbour entrance and onto the hammerhead pontoons, making for a very unsettled night. Skipper was up rearranging fenders and lines for half the night, and by 9am he had decided we would beat a hasty retreat. But first we had to unraft ourselves from our neighbours – who were none too pleased at having to move their boat, when they had planned to head off for a cycle round the island that morning. Some fruity French phrases filled the air while they re-arranged lines and power cables. We managed to slip away from the pontoon stern-first, and headed gratefully out of L’Herbaudiare for the Ile d’Yeu, hoping for a calmer stay. 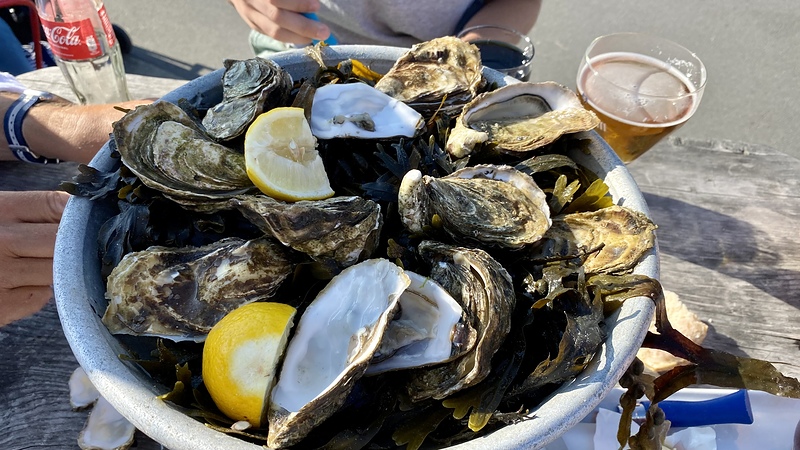