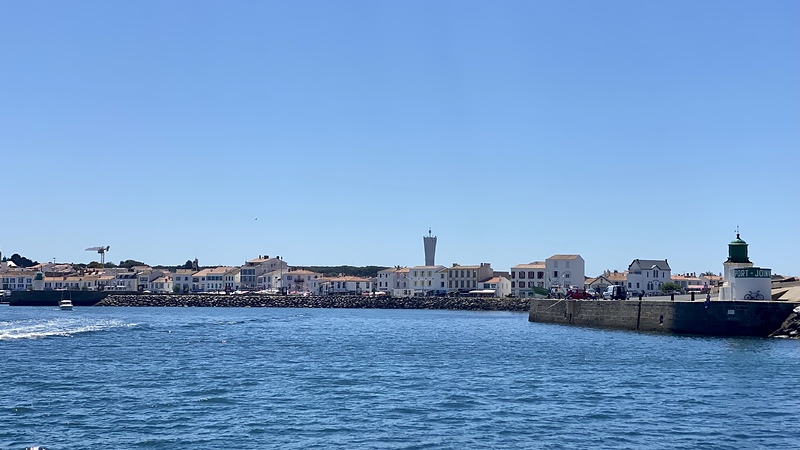 Leaving the dockside dramas of L’Herbaudiere far behind us, we had a delightful sail south to Île d’Yeu, with the clouds clearing – literally and metaphorically – as we sailed ever closer to the island.

We were grateful to arrive at Port Joinville (the island’s capital) early in the day, when the Capitain ushered us straight into a convenient pontoon berth. As other boats continued to enter the marina throughout the afternoon and evening, they ended up heavily rafted in the central pontoons (up to four abreast!), which no doubt would make for some fun and games at departure time. Thankfully nothing for us to worry about on this occasion.

Wandering into town, we decided that although Port Joinville had a similar buzz to Belle-Ile’s Le Palais, the architecture here seemed less French than any of the other seaside towns we’d stopped at. It reminded us all of a Spanish or Greek island, with its low, white-washed houses and terracotta roof tiles – though, of course, the ubiquitous wooden shutters, painted in a kaleidoscope of pastels, reassured us we were most definitely still in France. Perhaps the Mediterranean-influenced housing was a feature of the Vendée region that we were now sailing through.

Port Joinville was once the leading tuna fishing port on the west coast of France, so naturally we felt obliged to seek out some of the local catch. Fortunately, the town’s poissonerie is right on the main thoroughfare and we were able to buy some first-class ‘thon rouge’, which the fishmonger kindly sprinkled with ice so we could carry on shopping for our supper ingredients. A Super-U on the outskirts of town provided us with everything else we needed (there is also a Casino supermarket located a little closer to the marina), and we headed back to Exeat with our plunder.

We turned our poisson into Tuna Tartare, mincing and macerating the raw fish with lemon juice, chopped shallots, capers and a scoop of crème fraiche, and served it with a sweet & salty cucumber salad and buttered Île d’Yeu potatoes. Sublime!

Imray’s pilot guide suggests that it’s worth coming to Port Joinville for the fishmonger alone; excellent as our tuna was, I think that’s doing the town something of a disservice, which has much to commend it, including some delightful-looking restaurants and bars which sadly we didn’t have time to sample during our brief visit. All in all, it made for a very pleasant pitstop on our route south, and the sizeable marina is a reasonable 44.80 euros/night in peak season. Just be aware that, as the island’s capital, Port Joinville is a busy, bustling place with ferry boats to the mainland coming and going, as well as helicopters landing regularly at the nearby heliport.

Before continuing on our journey to La Rochelle, we thought we’d explore Île d’Yeu further, and decided to try and find an anchorage on the island’s south coast the following day. 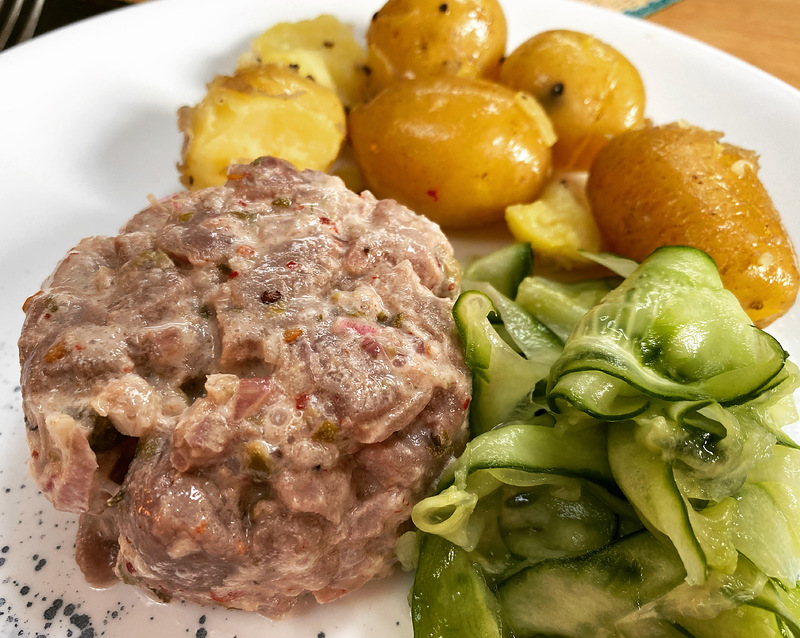