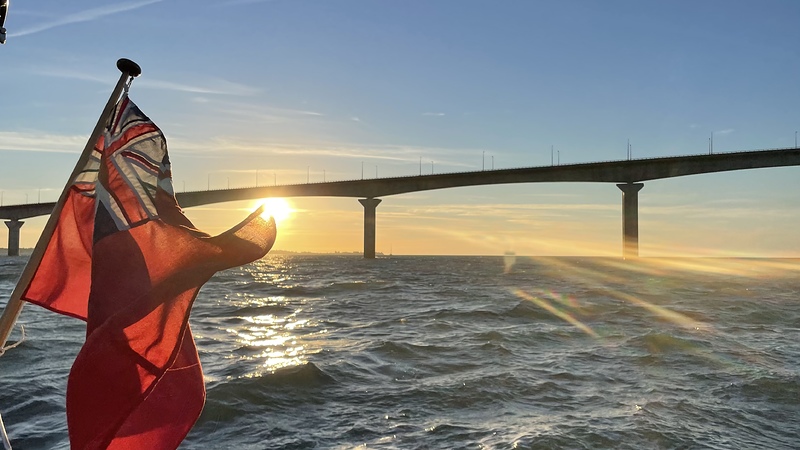 After four nights on the Ile de Ré (two in the port of Ars-en-Ré and two anchored off the island’s eastern coastline at Anse de l’Oubye), we needed to sail into La Rochelle to collect my brother and niece, who were due to stay on Exeat with us for a week.

It’s been nearly twenty years since I was last in the city, but I still had a slightly faded memory of the beautiful old port, with its wraparound cafes and bars serving seafood platters, ice-creams, cold beers and other welcome treats. Of course, it’s completely different seeing a place from the water, and it was awe-inspiring to enter the harbour between its two 14th century stone towers – Saint Nicolas Tower and the Chain Tower, which together protected the city in ancient times. Now, the port is solely guarded by the capitainerrie, who are decidedly friendlier than the foreboding fortresses. The harbour-master who met us in the Vieux Port also spoke excellent English, and found us a berth for the night in the Bassin des Chalutiers – which is just beyond the old port, through a lifting gate that opens at set times throughout the day (depending on High Tide but check with the Capitain).

Another option for staying in La Rochelle is the big modern marina of Minimes but we liked the idea of being near La Vieux Port so we could be within walking distance of the shops, and immerse ourselves into the heart of this popular and picturesque city. The Bassin has the advantage of being slightly quieter at night than the Vieux Port itself, which seems to only accommodate small boats.

After tracking down my favourite shoreside facility (that’s right, a laundrette!), we queued up at the fabulous seafood shack Le P’tit Bleu for freshly grilled squid, razor clams, sardines and prawns. All superlative, and the perfect way to while away an hour or so until my brother and niece arrived into La Rochelle train station. 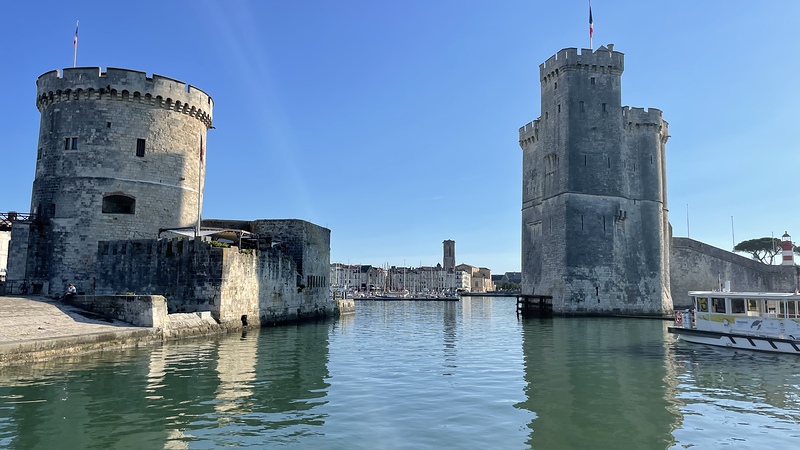