International Sailor of the Decade 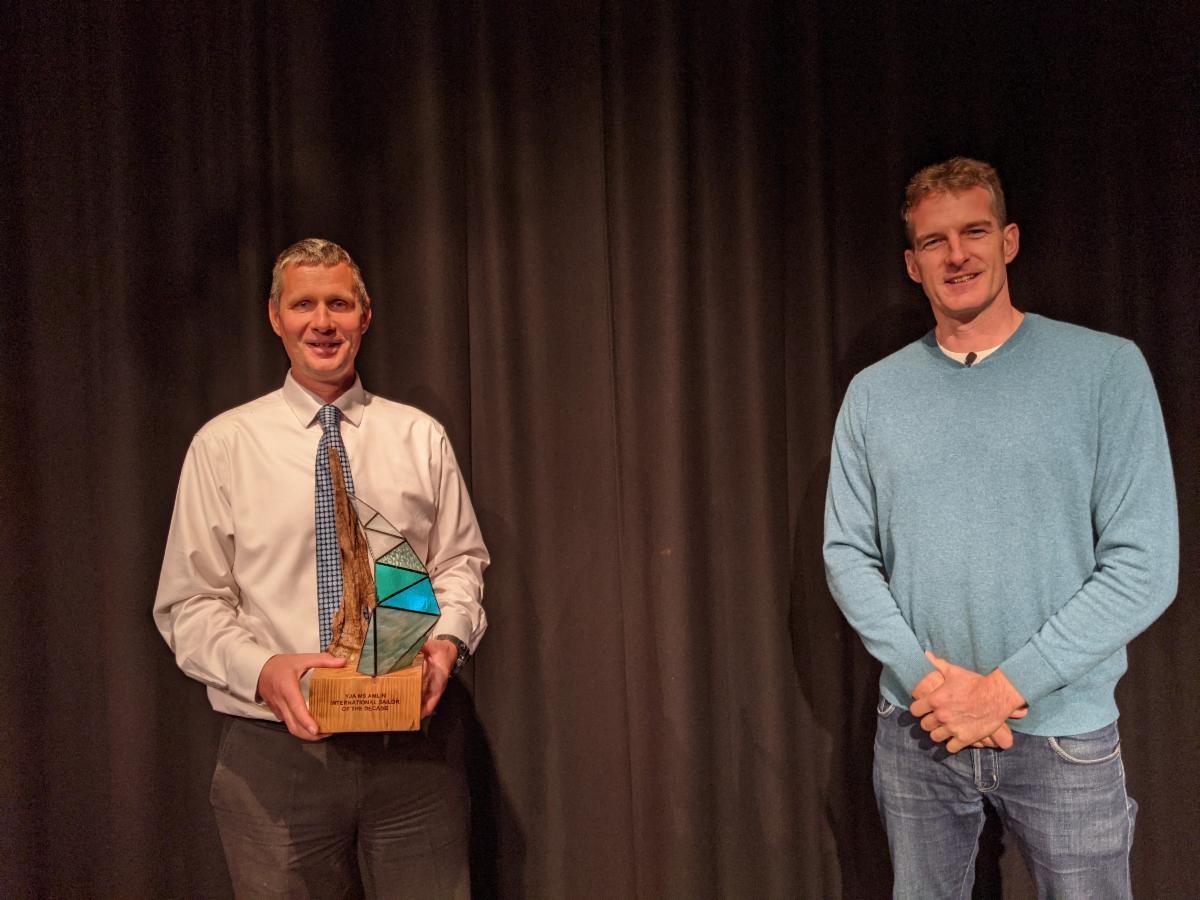 Winner of the YJA MS Amlin 'International Sailor of the Decade' Award has been announced as Jon Holt, founder of the Scaramouche Sailing Trust.

The 'International Sailor of the Decade' award recognises the achievements of those who have had the greatest positive impact on sailing in the past ten years. Jon was among the list of five sailors shortlisted which included Dee Caffari, Sir Robin Knox-Johnston, Sir Ben Ainslie and Andrew 'Bart' Simpson all of whom are well known for their outstanding sailing achievements.

Clifford Webb, Chairman of the Yachting Journalists' Association, explains how the winning vote was cast: "Nominations were made by the public, and the shortlist drawn up was based on the number of nominations each person received. Subsequently, it was the YJA members who considered the five options available to cast their single vote. Voting was close and it may surprise some that the 'big' names nominated were not selected, but our well-informed members made their decision one by one, until Jon emerged as the outright winner, and what an achievement it is, absolutely brilliant."

Head of Outdoor Education at the Greig City Academy secondary school in Hornsey, London, Jon has broken down barriers, providing opportunities for young people from all backgrounds to sail and race successfully. He started the sailing programme at Greig City Academy in 2014. When there wasn't an obvious route into sailing, they bought an old 22ft yacht on eBay which was rotting in a field, spending the summer making it seaworthy, and then sailing and racing the yacht. His ambition was for the inner city academy to be the first state school to complete the Rolex Fastnet Race.

The next step towards this goal was the purchase of Scaramouche, a 45ft Admiral's Cup yacht built in 1981, which they set to work on and made race-worthy, before finishing 14th in class in the 2016 Round the Island Race. Scaramouche went on to complete the Fastnet qualification races, and then completed the iconic Rolex Fastnet Race itself in 2017, placing 144th out of the 362 starters. Following this achievement Scaramouche sailor, Montel Fagan-Jordan, won the YJA 'Young Sailor of the Year' Award.

The Scaramouche Sailing Trust has since gone from strength to strength, with sailors competing regularly in Etchells, 420s, competing in the Fastnet Race again in 2019 - together with students refurbishing more yachts and dinghies. Jon Holt has been the quiet, unassuming driving force behind the Scaramouche Sailing Trust. He has brought on board partners from within the sailing industry and beyond, giving many young sailors the chance to enjoy sailing and even find careers in the industry. What Jon, the staff and pupils at Greig City Academy and the Scaramouche Sailing Trust have achieved is truly remarkable. He is now sharing his knowledge, experience and passion so that pupils from other schools can enjoy sailing.

This new Award was presented in a socially distanced surprise event, to Jon Holt by the historian and TV presenter Dan Snow of 'History Hit', the massively popular online channel, who is himself a keen sailor.

On being asked how he felt about winning the Award, Jon replied: "It feels absolutely extraordinary because I saw the list of who was on there, and I think that we all do different things within sailing, but they have achieved so much. It's quite a shock actually. Maybe it shows how big it is what we're doing with sailing and the young people who we're taking out sailing at weekends. As time has gone on, with our project, it has felt more important; we are showing people what can be done, we're showing that you can get into the sport, and join the existing structures which are there - if you just dare to try. And that is what we have done."