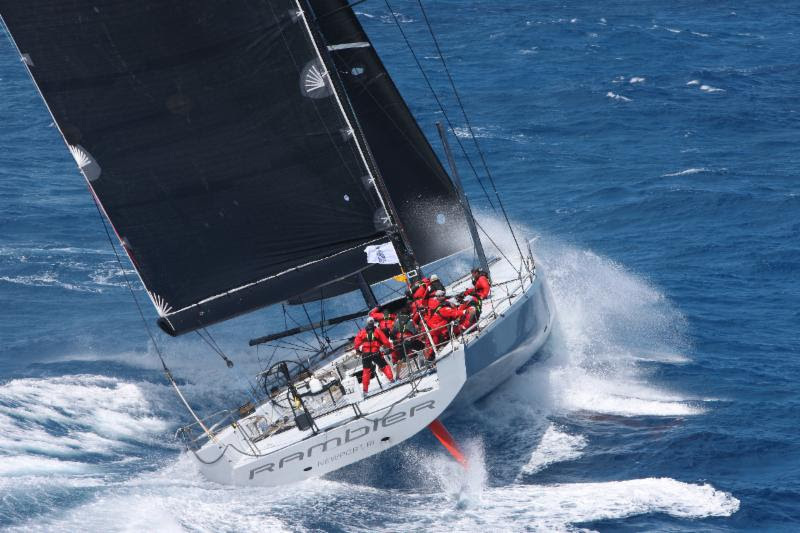 George David's American Maxi Rambler 88 has won the 2018 RORC Caribbean 600 Trophy, scoring the best corrected time under IRC. Rambler 88 revelled in the heavy airs race, setting a new monohull race record and by winning IRC Zero, completed a hatrick of trophies. Rambler 88 scorched around the track in an elapsed time of 37 hours 41 minutes and 45 seconds, beating the record set by George David's Rambler 100 in 2011 by nearly three hours.

On hearing the result, George David commented: "In ten years the '600 has gone from a handful of boats in its first edition, to 84 on its tenth anniversary. It's a great race all around; congratulations to the RORC and everyone involved. We're delighted to have won overall in IRC and better yet, to have broken our own record at the same time."

When asked after the race whether he could beat this record in the future, David commented as follows: "We sailed a good race and didn't leave much out there. Nobody got hurt and we didn't break anything. I think it might come down to evolution in design. Six years ago the conditions were similar, yet we are two and a half hours ahead of a 100ft boat. We made some modifications over the winter to Rambler 88. We draw 7 metres now and we took a ton and a half of displacement out of the boat. It's lighter and livelier and gets up and goes quicker; boats just go faster."